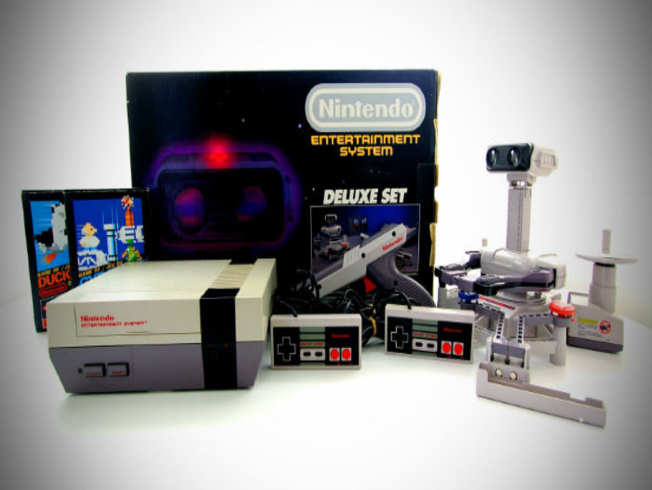 Let me set the stage for you.  It was spring or early summer 1987.  I’m 9 years old and hanging out at my grandparent’s house on some lazy day.  My uncle Ernest is there visiting too, and somehow the conversation turned to him talking about this new thing called Nintendo that he had gotten for my cousin Tim.  I’m sitting and listening in puzzlement and amazement at the same time.

I’ve not heard of this Nintendo thing.  Somehow, someway, all the marketing and hype for it had completely eluded me.  Heard about it at school? Nope. Talked excitedly about with my friends? No, missed out on that one too.  In what was surely a massive marketing blitz and rampant fever for Nintendo, I had somehow been completely oblivious to its existence.

So continuing to listen to Ernest as he spun intriguing tales of this game called Super Mario Brothers, I am becoming increasingly jealous of Tim and this “wonder box” that he now owns.  Then it happens. Ernest looked at me and said that I should come over and play it with Tim. He promised I would love it. The man had no idea what he had just unleashed upon me.

Going to visit Tim wasn’t any kind of chore since he lived right beside me.  When I got home that afternoon, I strolled next door, and what I found there left an indelible mark on me for the rest of my life.  This slightly odd-shaped gray and black box had me hooked from the first moment I picked up the controller.

Tim explained to me the basics of how it worked….how there were cartridges that contained the games that you inserted into the system, and hand-held controllers with which to play the games.  You didn’t need quarters or anything. You just turned it on and played arcade-like video games!

He gave me the basic rundown on how to play Super Mario Brothers, and let me watch him play for a while.  A LONG while. Eventually, he asked if I would like to play and I’m sure my answer was something along the lines of “HECK YEAH!”.  Sadly, he set us up on two-player mode which meant I would be Luigi. At that moment, I didn’t really care. What I didn’t know then was that Mario went first, and got to keep playing until he died.  Tim had already gotten quite good at the game, so I had to wait impatiently for quite a while before I got my turn.

Eventually, my time came.  I was so excited and barely able to contain myself.  The only thing I can even remotely compare that moment to is the first time I got a girl in the back seat of my car.  The nervousness and awkwardness of the moment was overwhelming. Much like when I had the girl in the backseat of the car, I hit a wrong button and it was over just as quickly as it had begun.  I had watched his moves intently and thought I was ready to run through the same levels I had just watched him complete. I mistimed the first jump and died a horrible death at the hands of a mutated mushroom.  After roughly 5 seconds of play, I was relegated back to the sidelines to sit and watch Tim and Mario dominate the play time for another 15 – 20 minutes.

Check Out This Vintage Nintendo T-Shirt!

The afternoon continued on like this up into the evening, and when it was time to go, I was feeling a lot less enthusiastic about the whole video gaming experience.  In 4 hours of time spent with him, I had amassed about 20 minutes of total play. I went home thinking that it seemed fun, but I wasn’t really sure since I didn’t get very much hands-on time with the game.

The following day, however, was a different story.  I showed back up at his house early and wasted no time in asking if he wanted to play Super Mario Brothers some more.  He darkened my whole world when he said, “Nah, I don’t want to play Mario today.” Just as quickly as he darkened the day, he lit it right back up when he said: “Let’s play Pro Wrestling instead.”  PRO WRESTLING?!? There was a game for Nintendo about Pro Wrestling?!?

Tim and I were both HUGE fans of pro wrestling in general and the NWA in particular.  We watched it together religiously and were huge fans of the Rock & Roll Express. He showed me the cartridge, and I’m surprised I didn’t wet my pants with excitement right then and there.  I may have, I don’t really remember. When that game started up, it was like a choir singing Hallelujah!

We went through the cast of characters and were excited about the possibilities of matches we could have.  Since Tim hadn’t played the game yet, we were on even footing when it came to experience. And throw in the fact that this was a game that both players played at the same time instead of taking turns meant that I got a whole lot more hands-on time with this that I ever would have gotten being Luigi on Super Mario Brothers.

We spent the entire day playing Pro Wrestling and I personally didn’t care at all about not getting to play Mario anymore.  The next several days were like that, with us playing Pro Wrestling by day, and me begging my parents for my own Nintendo by night.  Finally, about a week later, my family went to the Hills Department Store in Bristol where my Dad picked up my first Nintendo Entertainment System for me, along with the Pro Wrestling cartridge, and a Space Invaders type knockoff called Alpha Mission.  But I’ll save the details about that game for another time.

I’ve been a Nintendo enthusiast my whole life.  Many games have come and gone as my interests have changed, but Pro Wrestling still holds the distinction of being the game that originally stole my heart.  I still keep a pristine copy on display in my home. Right behind it, you can see pictures of my kids. 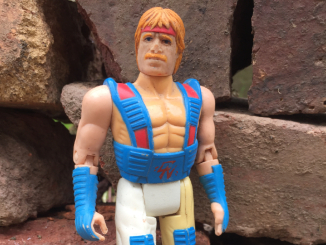 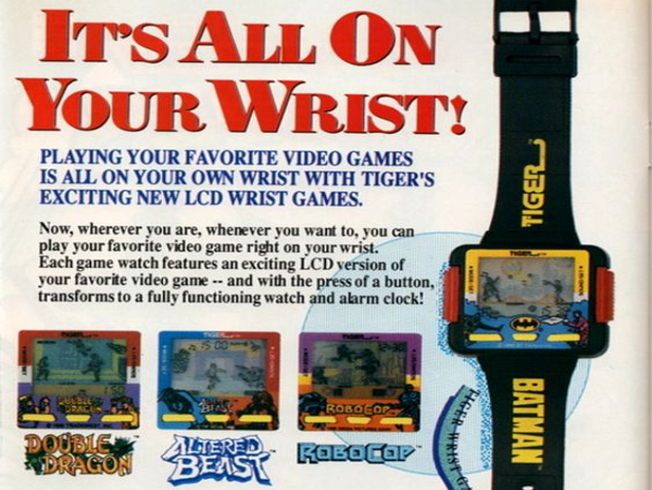 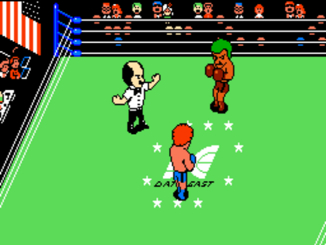