Jason welcomes special guest Tim to travel in this week’s TRN Time Machine back to 1985 and relive the 1985 MTV Video Music Awards show. As in our previous episode covering the 1996 VMAs, we’ll review the musical performances and decide which were our favorites. We’ll also cover the awards in order of presentation with Jason giving Tim the nominees and Tim guessing who actually won the Moonman trophy.

About Mickey Yarber 97 Articles
Mickey was born in the '70s, grew up in the '80s, and came of age in the '90s. He is the co-founder of TheRetroNetwork.com, and the host here at Retro Ramblings, a blog filled with nostalgia. When not here, he's out fighting for truth, justice, and the American way.
Website

From the Scan Archives 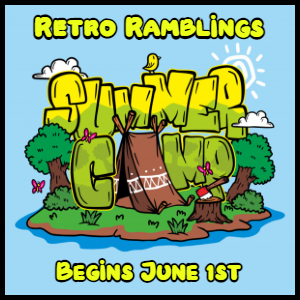