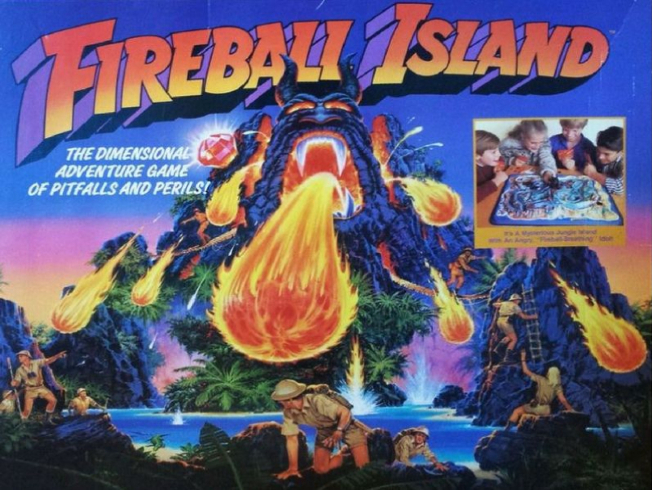 I never actually owned Fireball Island. But man did I ever want to! The commercial does a fabulous job of showing off how cool the game board looks, as well as featuring the elements that really set it apart from other board games.

Seeing the character pieces, the landscape pieces like the bridge, and the action that the game brings with the fireballs rolling down the mountain really made the game feel like more of a toy than a game.

Not too mention the cool theme of the commercial being something akin to watching an Indiana Jones movie. But with kids. And plastic jewels.

There is an updated version of the game called Fireball Island: The Curse of Vul Kar that boasts a larger island, faster marbles, and full re-designed game play. You can check it out here. 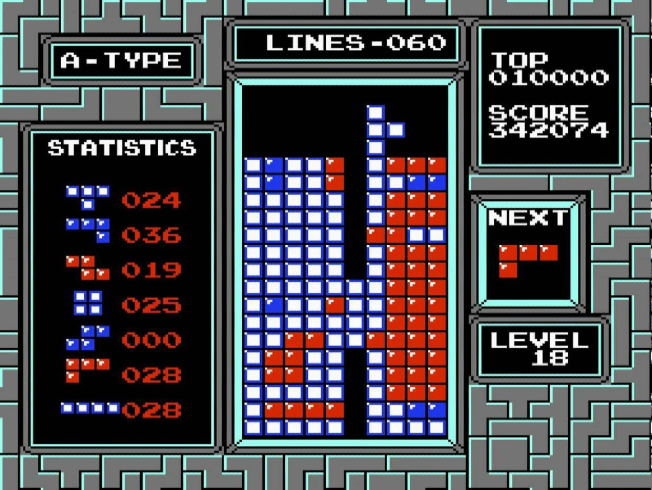 We all know the story of this game. Several different odd-shaped blocks fall from the top of the board, and you had to rotate them, move them left or right to get them to drop into position to complete a line and make it go away. If you weren’t quick enough or smart enough to do that on a consistent basis, your board would be full and your game would be over.

My first experience with the game came with the launch of the Game Boy.  A local department store had the Game Boy demo set up in their electronics department.  Every weekend while my mother would do her shopping, I killed time playing Tetris on the demo machine.  It wasn’t long until I had enough money saved up to buy the game for the NES, and then a much bigger, and full-color version of the game was mine.

It was so simple of a game, even an adult could play it too!  And that’s exactly what happened at my house, and why this game is so high up the list. My father never would play video games. He didn’t even like to sit and watch me play a game. So when he saw how easy Tetris was, he wanted to give it a try. For months afterward, we would play it together, seeing who could get the highest score and the most completed lines. He would even be the one most times to suggest us playing. Those times spent with my Dad, doing something that I loved are ones that I’ll never forget, and Tetris gets a high spot on my all-time list because of it. 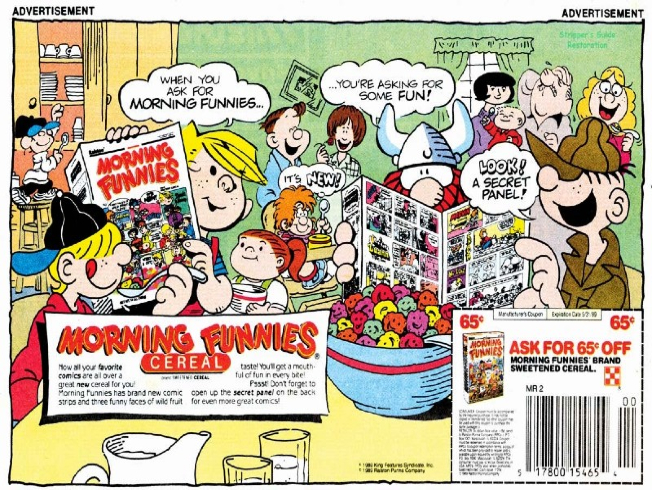 If you’ve ever read much of what I’ve written, you should know by now that food is one of the more nostalgic things in my life.  I can tie so many great memories to different foods, meals, and restaurants that I could probably do this whole blog focusing just on food.  So in keeping with that tradition, I want to talk just a minute about one of the great loves of my life…cereal!

Unlike so many girls who broke my heart in my teenage years, cereal rarely ever let me down.  Sure, there were the ones I picked on looks alone just to find out there was no substance inside, but we’ve all made that mistake a time or two.  But for the most part, cereal was always there when we needed them.  Well, until they were pulled from the market for various reasons.  But enough about that.  Let’s get on to a cereal I was in love with at one point in time.

Morning Funnies Cereal was produced by Ralston Cereals in 1988 & 1989. It was a super sweet cereal, bright in color and shaped like smiley faces.  The taste and shape wasn’t the hook for this cereal though…..the box was. I know what you’re thinking.  How could a box be better than what was inside?  Well, because the box featured comic strips on the front and back panels!  In addition, the back of the box featured a full-size flap that opened up and featured even more comics on the inside!  It was nirvana for comic strip lovers. The company actually won an award in 1988 for “innovative packaging” for the fifth-panel design.