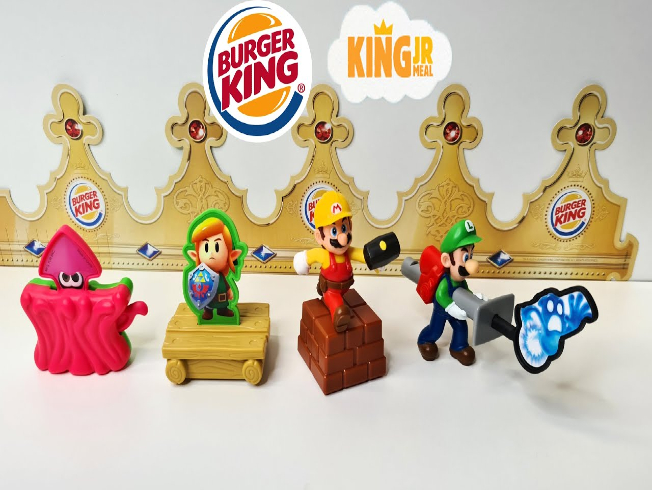 Nintendo and Burger King are working together for a new sweepstakes, which includes bringing kids’ toys back to the chain. As you can see from the image below, for the first time since 2017 when they did a special run with McDonald’s, Nintendo has allowed some of its franchise characters to return to a fast-food kids meal as you’re getting six different toys from The Legend Of Zelda, Splatoon, Mario Kart, Super Mario Maker, Animal Crossing, and Luigi’s Mansion. From February 1st until March 15th, King Jr. Meals across the U.S., Canada, and parts of Latin America will include one of six different toys inspired by these Nintendo Switch games. On top of that, to celebrate the launch of Super Mario 3D World + Bowser’s Fury on February 12th, the restaurant will be running a contest in the U.S. for a Nintendo Switch Prize Pack that includes the game along with a Switch.