I’m hoping you had a great Christmas, and got some cool stuff. I certainly did, and we’re going to go through all the cool stuff here.

We had a pretty low-key Christmas this year. Usually we go to my wife’s family’s party on Christmas Eve, and receive guests at our place on Christmas day. There was none of that this year. Instead, my little family of four just stayed home and enjoyed each other’s company, ate lots of food that was bad for us, and were just generally lazy. I did get some reading in though, as I signed up for marvel Unlimited and am starting at the dawn of the modern Marvel Universe…reading from the start of the Silver Age forward. It’s going to take a while.

But let’s get into the presents…

Masters of the Universe Origin Figures!

In my Merry Christmas message on Christmas Eve, I mentioned how I hoped I’d find some of these figures under the tree. Well the wife didn’t disappoint. I found He-Man, Man-at-Arms, Skeletor, and Beast Man waiting for me on Christmas morning. At some point, I’ll post some pictures I took while playing with them out in the fresh snow.

It was like 1983 all over again on Christmas morning, because I just kept finding more and more He-Man figures under the tree. I even told my wife as much. All the toys I got added up to be one of the better Christmas mornings I can remember.

It’s December 2nd, so that means it’s day 2 of my 2020 LEGO City Advent Calendar! Day 2 brought me the first of six exclusive minifigures…Duke Detain! I’m guessing he’s a police officer? My favorite part of this figure is the Christmas sweater he’s wearing. It looks like it’s Paw Patrol inspired, but the snow flakes printed on it make this figure pop. I’ll always see the sweater and know it came from this Christmas Advent calendar.

You can check out day 1 if you missed it here.

I’ve never in my life had an advent calendar of any kind. Not as a kid, and not as a married adult. I’ve always made sure my kids had one, and it’s been one of the highlights of their Christmas season every year. But I saw this thing online last month and decided that this was the year I was going to have an advent calendar.

Picking this one up was an easy decision since I’ve been a lover of all things LEGO since about 1984. I’m already a collector of the minifigures, and this set includes six exclusive figures, so that alone was enough to entice me to part with my money. Then throw in all the neat little vehicles you get to make and the playmat that is attached to the box, and I’ve got something I’m really excited about every morning. 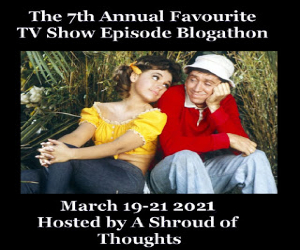