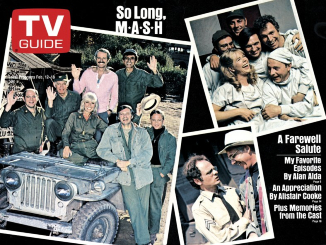 Jason and Mickey travel in TRN Time Machine back to 1983 and and thumb through the Feb 12-18, 1983 Issue of TV Guide! We’ve got scans below for you to follow along. We take a look at several ads, a news headline, episode promos, and a grid from Wednesday night primetime. This television time capsule really highlights the new shows, TV movies, reruns, and events of early 1983.

Support The Time Machine Podcast on Patreon at the $5 VIP level and get the unfiltered After Hours show every Tuesday night, access to our VIP Vault audio library, an invite to join the VIP Lounge retro community on Slack, and bonus videos and articles.

Subscribe to TRN Time Machine and interact with us on social media @TRNsocial on Twitter, Facebook and Instagram. Contact the hosts directly on Twitter, @RD80s for Jason and @Yesterdayville for Mickey. Would love to hear your thoughts on this episode and any future destinations you want TRN Time Machine to travel! 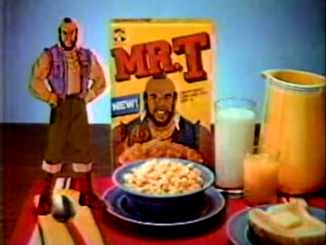 This is kind of a combined post. A combination of a classic commercials post mixed with a forgotten foods post. It’s two great tastes that taste great together! Let’s watch some old cereal commercials and let our mouths water and our memory glands tingle.

My earliest memories of eating cereal center around eating Cheerios. I guess my Mom wanted me to eat a healthier cereal like that instead of the really sugary kinds. That was until I saw this commercial. Being the huge wrestling fan that I was, I wouldn’t hear anything but switching my Cheerios to Honey Nut Cheerios because Hulk Hogan liked them. It wasn’t long until the switch was made, and then once the sugary cereal barrier was broken, there was no turning back.

Of course I was on the A-Team bandwagon from the beginning, and yes, B.A.Baracus was my favorite character. Then the Mister T cartoon hit, and I was all in on that too. So when Mr. T cereal dropped, I was down. I can’t even remember what it tasted like, but the commercial mentions brown sugar, so it was a sweetie. And since I had already popped my sweet cereal cherry, this was a logical step. But the song in this commercial. I ain’t gonna lie, that’s just a bad jingle. But with the excitement and the urgency in the vocalists voice, you knew you just had to get to the store and get a box of this.

END_OF_DOCUMENT_TOKEN_TO_BE_REPLACED 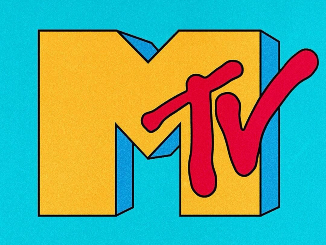 Jason welcomes special guest Tim to travel in this week’s TRN Time Machine back to 1985 and relive the 1985 MTV Video Music Awards show. As in our previous episode covering the 1996 VMAs, we’ll review the musical performances and decide which were our favorites. We’ll also cover the awards in order of presentation with Jason giving Tim the nominees and Tim guessing who actually won the Moonman trophy. 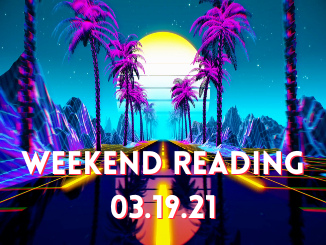 Here’s this week’s collection of nostalgia-themed articles and stories from around the web for you to relax with this weekend. Pour yourself a hot cup of coffee, put your feet up, and enjoy these trips down memory lane.

Taco Bell is Bringing Back Fiesta Potatoes
https://www.brandeating.com/2021/03/spicy-potato-soft-taco-and-cheesy-fiesta-potatoes-are-back-at-taco-bell-2021.html
But not the damn Mexican Pizza…

Tubi Has Added New Retro Content
https://theretronetwork.com/tubi-is-a-great-source-for-retro-content/
I’ll be binging Buck Rogers for sure, and probably be giving Problem Child another watch.

Branded in the ’80s is…done.
https://www.brandedinthe80s.com/19437/branded-in-the-80s-is-done
It saddens me to share that for selfish reasons, as I’ve always been a big fan of Shawn and his site. But at the same time, I’m happy for him making the choices that make him happy.

Snack Memories (via The Retro Network)

How Much Did a ColecoVision Cost in 1983? (via Retroist)

Photographs of Cheap Motels in 1970’s America (via Flashbak) 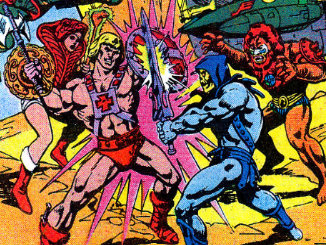 Let’s take a look back at some old comic book ads. Sadly, all the previous editions I had done were lost with the rest of all my old posts when the site crashed last year. So let’s pretend those old posts never existed and let’s start anew, shall we?

Old comic books and the ads found within are like mini time capsules. You can pick up some random old issue and see ads for things you haven’t thought about in years. And sometimes you’ll come across one that hits you right in the face like a nostalgic baseball bat. At least that’s how these ads were for me. Let’s take a look at them.

Peanut butter is a staple in most American homes.  You can find it cabinets, in lunch boxes, and in lunch pails all across this great country.  It’s patriotic….right behind apple pie. And you know what else is patriotic? Superman by gosh!  You slap Superman’s name and image on a jar of peanut butter, you have the ultimate weapon against communism.

At least that’s what a lot of us kids growing up in the ’80s in the rural area I lived in thought anyway.  We’d spend a lot of our time at recess after lunch playing Superman vs The Russians on the school playground.  No joke. We had our bellies full of Superman peanut butter and were battling the red menace to keep our playgrounds safe…just like in Red Dawn.  It was serious business. I even started a super-secret spy club in school to help combat the threat that we were exposed to on the news every night.  But I digress.

Anyway, I’m not sure Superman peanut butter tasted any better than Skippy, Peter Pan, or Jif.  Actually, from what I’ve read online, Superman may have even been a cheaper variety than those others listed.  No matter the cost, that brand of peanut butter…it’s glass jar, and Superman on the label is what I still identify as the epitome of peanut butter from my childhood.

The card images in this ad just don’t do them justice. When you have them in your hand, these cards are gorgeous. But of course, every card I ever held that was produced by Fleer Ultra was top notch.

I never watched the Skeleton Warriors cartoon. I guess because it came along in the mid-’90s when I had other things on my mind. Like girls. I should have had my priorities straight. Unfortunately I also missed out on these cards back in the day, but I corrected that situation a few months ago and picked some up on eBay. You can watch me open some of them in this video I did.

END_OF_DOCUMENT_TOKEN_TO_BE_REPLACED 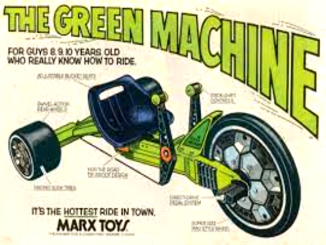 It’s the latest episode of The Retro Network Time Machine podcast! Since it’s St. Patrick’s Day, Jason and I tackle the subject of our favorite green things. You can see the official podcast notes below, and then the link to listen to the show is at the bottom. But better yet, you can subscribe to the show and listen to it in your favorite podcast app. Just search for The Retro Network or Time Machine and you’ll find it.

Jason and Mickey time jump in this week’s TRN Time Machine by coming up with some Random Green Things in pop culture to celebrate St. Patrick’s Day. They’ll be talking about some of their favorite old toys, games, food, television, and much more so join us for a variety of topics in this week’s green-filled trip to the past!

Also, join us for After Hours on Patreon every Tuesday night! This week, Jason and Mickey continue the conversation with some Bad Green Things and a list of Fast Food Disasters over the years. Plus, Jason reports on Chicken McGriddles with syrup and Skype interruptions cause an expletive-filled rant for both hosts. 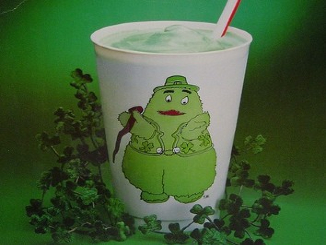 This isn’t a long written piece about my unending love of the Shamrock Shake. No, it’s just a post to highlight a video I helped produce highlighting the history of the green shake of goodness. I researched and wrote the narration for it as a special project we did last year at The Retro Network. But I thought you may be interested in it if you missed it last year, so here ya go. 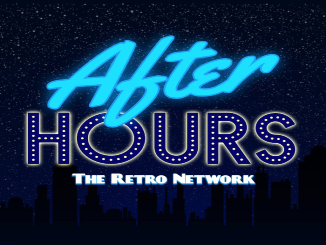 It’s FREE PREVIEW week for After Hours! Jason and Mickey of TRN Time Machine are giving all of our listeners a chance to experience our weekly After Hours show which is typically released Tuesday nights for our VIPs. Instead, this week’s show is being uploaded to the public TRN Time Machine feed so you can experience the irreverent and sometimes explicit nature of the show.

This week, Jason and Mickey talk trading cards and how their value has sky-rocketed in recent months. Jason also reveals a big secret from his early ’90s collecting days. We also beginthe new High School Stories series featuring stories from our high school years in the ’90s. Mickey kicks things off with a couple memories from the computer lab.

Enjoy your free preview and if you are motivated, become a VIP on Patreon at the $5 level to unlock the VIP Vault which contains our audio archive and access to new episodes of After Hours among other benefits. We hope you enjoy the show and will consider backing us this week. 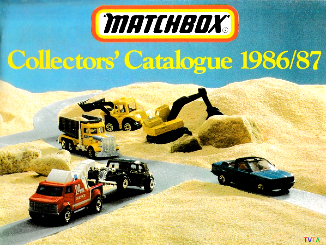 I’ve been reminiscing a lot lately about all the cool old cars I used to have growing up. So much so that just a few weeks ago I detailed Five of My Favorite Hot Wheels Toys. But my love for toy cars spanned multiple brands, and right behind Hot Wheels came Matchbox. I probably had as many Matchbox cars as I did Hot Wheels.

When I came across this old Matchbox catalog recently, I knew right away that I needed to share it with all of you, so we could all remember together. I’m not going to hold you up from browsing through its pages any longer and let you get to the good stuff. But when you’re done with this, you might enjoy checking out the feature I did for The Retro Network, Five Fun Facts About Hotwheels.

END_OF_DOCUMENT_TOKEN_TO_BE_REPLACED 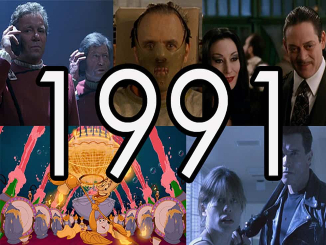 TRN Time Machine time jumps to several decades as Jason and Mickey play Quiz Show 2 featuring pop culture trivia from the ’80s, ’90s, and beyond. Play along as the hosts answer questions from movies, television, music, sports & games, buzz, and fads. Who will answer 10 questions first and be crowned Quiz Show 2 champion? Tune in to find out!